“Some kids know what they want and some kids get to college and still don’t know what to do.”

Travel Softball Coaches may have the best guess at what might happen if rules are changed by the NCAA when they vote on rules that seek to end early recruiting.   They are the facilitators of recruiting and often need to balance the needs of college coaches, their travel organizations, athletes and their families.  We asked what they thought of the proposed legislation to end early recruiting and what it could mean for travel softball.

Firecrackers Coach Sean Brashear said the new legislation is a good idea.  He believes early recruiting takes away from development.  “Those years should be focused on the development of these girls as players and people,” he said.

Batbuster’s Coach Mike Stith also endorses the idea of ending early recruiting.  He believes there’s a 98% chance of a yes vote on the new rules.  He feels that early recruiting is hurting the sport.  “There’s been a huge decline in the level of coaching and development at the younger ages,” he said. “Parents are in a hurry to get in front of colleges.  They’re missing instruction time. These rules will benefit the sport from the grass roots.

But SoCal Athletics Coach Bruce Richardson is on the fence about the proposed rules.  “Who’s to say what’s the right age to be recruited?” he asked.  “Some kids know what they want and some kids get to college and they still don’t know what to do.”

Will it work to curb early recruiting?

Richardson said he was skeptical about whether the new legislation would be effective or needed.  He believes there will likely be away to get around them.  “I have many conversations with coaches.  We can figure a way to get a message to everybody.  There’s ways around everything,” he said.  He also questioned the inclination to over-regulate the recruiting process.

Richardson also questioned the wisdom of allowing recruiting conversations in the sophomore year of high school.  “How is it ok to recruit a 15 year-old and not a 13 year-old?” he said. “And parents don’t really have to buy into all this recruiting stuff.”  He said it was the responsibility of the parents to make the decision with their daughter and not just say ‘It’s what my daughter wants’.

Stith also believes people will figure out ways to get around the rules.  But he also wants people not to lose perspective of what the rules mean.  “The number of schools and scholarships are a finite number,” he said, referring to the idea that top scholarships will still go to top players.

So how might travel softball change if the news rules are enacted?

Brashear expects there may be few showcase events for 12u and 14U players.  “I would like to see us have more time to practice and develop our team so we can prepare them for high school and college,” he said.

He also believes College Coaches will be able to make more informed decisions about the players they recruit since committing a 7th or 8th grader can be risky. “They’re banking on the fact that she’s going to continue to grow as an athlete, person and a student,” he said, referring to the idea that some players may peak early but their progress could level out in the high school years.

If the rule changes are enacted Richardson said there may be unexpected consequences that are anybody’s guess.  “Sometimes you have to let it sink in after rule changes to see how this would affect me or the our kids, he said. “It’s hard to judge until you live it a little bit.”

Stith believes one group clearly benefits.  “Some of the late bloomers are going to have a chance to compete,” he said. 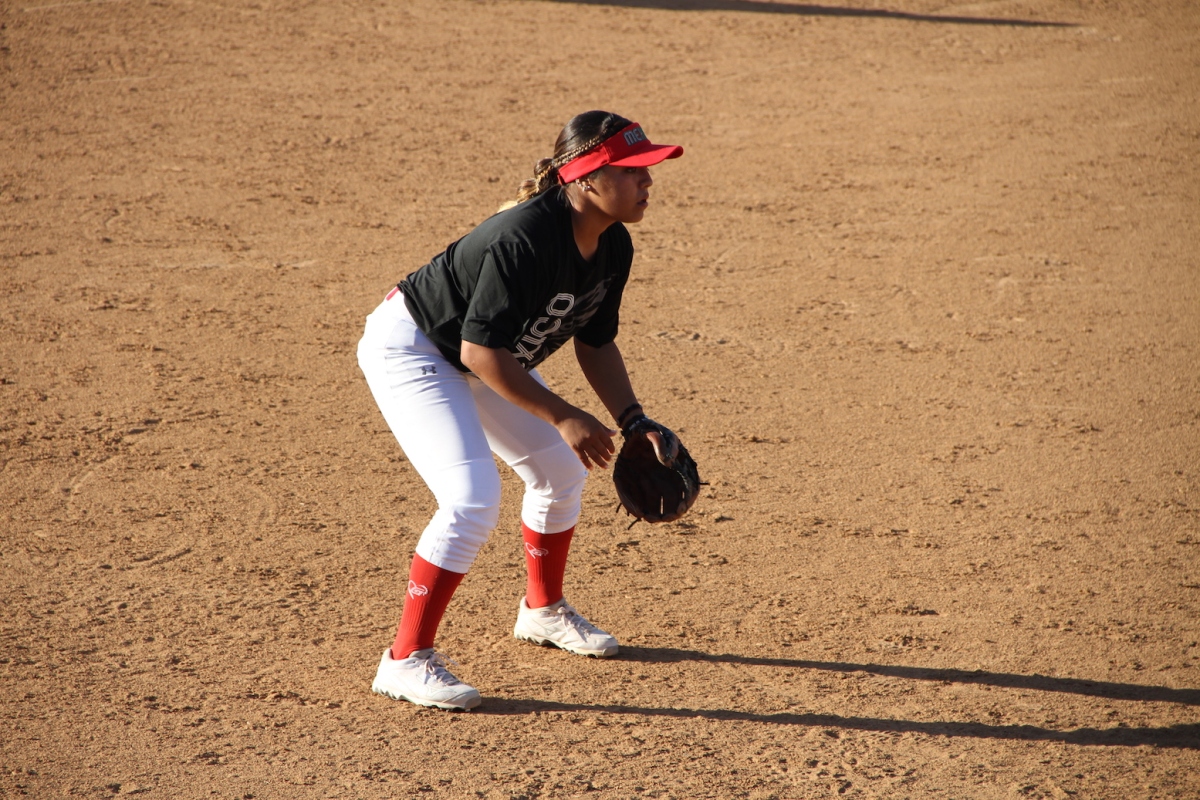 Out of all the amazing softball players in the country, only a small group can be chosen for the the USA Junior Olympic and Olympic Teams.  For those who have excelled all their lives in the sport, that can be a difficult reality.   But for some, the dream of playing in the Olympics continues.  Eliyah Flores and her parents decided to tryout for another team.

Eliyah Flores plays for the much heralded Firecrackers Rico Team.  She tried out for the USA Junior Olympic team but unfortunately was not selected.  Her parents then asked the Mexico Softball team if they would let her tryout for the that team.

Her father Jimmy Flores said Mexico’s coaches knew who she was and were willing to give her a chance.  She was required to prove her Mexican ancestry.  She was accepted and played for the team against the SoCal All-Stars at Irvine, CA.

Eliyah is excited to play for Team Mexico since its part of her heritage, allows her to play at the international level and hopefully give her the chance to play in the Olympic Games in the future. In our final video from our interview with Firecracker Coach Sean Brashear, he talks about the team dynamic and some things that parents should ask their softball players about playing on a team that’s right for them.

In our second of three segments with Firecrackers Coach Sean Brashear, we talk about his best advice to parents about paving the path to success.  He also talks about the fine line between pushing your kid and letting them push themselves.

For many young softball players, we’re getting into the heart of the season.  Recreational leagues will soon have their tournaments, travel teams will try to qualify for National Tournaments and the eyes of college coaches will be looking for the talent they need to fill their future roster.

Parents, coaches and teammates have high expectations and hopes of glory.  All of this turns up the pressure on young ladies who aren’t even old enough to vote, or even drive.

In the first of our 3-part interview, Firecrackers Coach Sean Brashear  talks with Softball Nation about how softball players can prepare for the pressure of playing on a bigger stage.

Check out the live draw on YouTube starting at Noon PST!

What teams will you play?

The Houston PGF Qualifier gets started this weekend!  10 teams will compete for two 12u Premier berths.  Good luck to all the teams playing.

They hope to join the 12u teams who have been invited:

This is the excerpt for your very first post.

Check out this story about what coaches are saying.  Some advice from them about getting to the collegiate level.