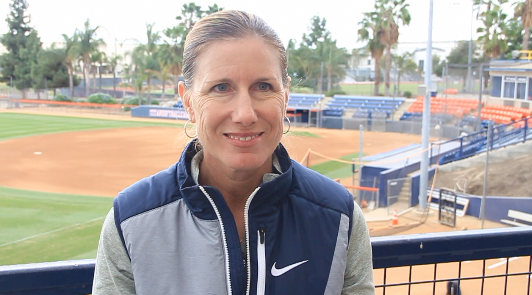 Cal State Fullerton’s Softball team won the Big West Conference Championship in 2016 and 2017.  The program has made 26 NCAA postseason appearances in its rich history and reached the pinnacle of the sport six times – winning the NCAA National Championship in 1986.

Coach Ford played two NJCAA National Championship seasons at Central Arizona College for Clint Myers (now at Auburn University) in 1988 and 1989 before her career with the Sooners under then Head Coach, Jim Beitia. She earned her Bachelor of Arts Degree in Education from Oklahoma University in 1992.